“Regular hand washing, particularly before and after certain activities, is one of the best ways to remove germs, avoid getting sick, and prevent the spread of germs to others,” according to the Centers for Disease Control and Prevention. (CDC). In today’s post, guest blogger Peggy O’Mara, CEO of peggyomara.com and founder of Mothering.com, discusses what’s in our soaps, what to use when you’re away from home, and how to find the healthiest soaps on the market.

It’s hard to imagine that there was ever a time when we failed to realize the importance of washing our hands. It was Ignaz Semmelweis who first suggested, in 1847, that obstetricians disinfect their hands when delivering babies. Maternal mortality in some hospitals at the time was as high as 35% even though studies showed that hand disinfecting could reduce maternal mortality to 1%. Nevertheless, Semmelweis was ridiculed for his suggestion and it was not until 1867, when Joseph Lister championed antiseptic surgery, that Semmelweis was vindicated.

Today we’ve taken hand washing to a whole new level by adding antibacterial agents to our household products. Some 79% of liquid soaps and 29% of bar soaps contain triclosan, an antibiotic designed to kill a variety of germs. While triclosan has been shown to prevent infections in hospitals, Dr. Stuart Levy, of Tufts University School of Medicine, who has conducted studies on triclosan’s safety, says. “…the chemical in household products is not the place it should be used.” In 2001, Levy and other Tufts

scientists conducted research that found that 75% of study participants ages five and older had traces of triclosan in their urine.

In animal studies, triclosan has been shown to have a hormone-altering effect. In a study published in Endocrine Reviews (June, 2013), the lifespans of baby rats whose nursing mothers were fed triclocarban (TCC) were dramatically shortened. The authors of the study conclude, “This information provides supporting evidence for the potential adverse effects of TCC exposure during early life.” 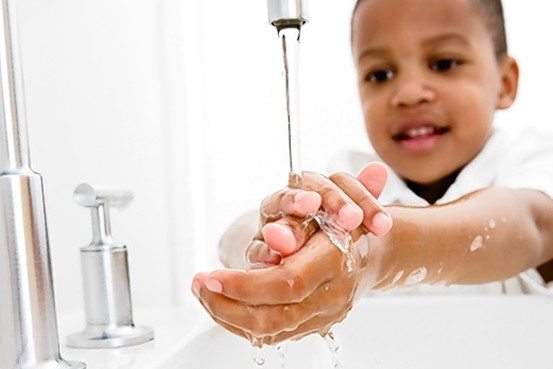 Proctor and Gamble has pledged to take triclosan and diethyl phthlate (DEP) out of their products by 2014;  Johnson and Johnson will do so by 2015. Phthalates have been linked to defects in male reproduction and to the early onset of puberty in girls.

In addition to the health hazards of triclosan, the additive may also be contributing to antibiotic resistance. According to the Tufts researchers, “Scientists are concerned that the antibacterial agents will select bacteria resistant to them and cross-resistant to antibiotics.”

In September, the CDC issued a Threat Report estimating that at least two million antibiotic resistant infections occur each year. CDC director, Thomas Friedent, MD, warns that “antimicrobial resistance is one of our most serious health threats.”

According to Colleen Rogers, PhD, a lead microbiologist at FDA, “New data suggest that the risks associated with long-term, daily use of antibacterial soaps may outweigh the benefits,” Rogers says.

This proposed rule change gives manufacturers of products containing triclosan one year to produce data showing that the chemical is both safe and effective. If this cannot be demonstrated, the FDA will require the companies to either remove the chemical from their products or to relabel or reformulate their products accordingly. This proposed rule change is open to public comment for six months and the FDA encourages consumers to weigh in.

The FDA first proposed removing triclosan from some consumer products in 1978 and has been widely criticized by environmental groups for taking no further action to ban the dangerous chemical. In 2010, the Natural Resources Defense Council (NRDC) sued the FDA in US District Court to force the agency to issue a final rule. On November 21, 2013 the parties reached a settlement in which the FDA committed to taking final action on triclosan in consumer hand soaps by 2016.

“It’s outrageous that FDA has waited 35 years to protect the public from this harmful chemical. This final rule should prohibit triclosan from use in soaps,” said Mae Wu, an attorney in NRDC’s health program.

Ironically, triclosan may not be any more effective than soap and water. According to Sandra Kweder, M.D., deputy director, Office of New Drugs at the Center of Drug Evaluation and Research (CDER), a division of FDA, “Washing with plain soap and running water is one of the most important steps consumers can take to avoid getting sick and to prevent spreading germs to others.”

Estimates place the number of individual bacteria on the surface of one square inch (6.5 square cm) of human skin at 50 million, and plenty of these are helpful. Triclosan strips the skin of essential oils and natural bacteria. Be sensible. Wash hands, but do not be a fanatic about it. Do as the FDA suggests: use simple soap and water.

Soap has been made for hundreds (maybe thousands) of years. It is the end product of blending pure fats or oils with lye (sodium hydroxide). The result is castile soap, a balanced, naturally sudsy soap, with a pH high enough that it doesn’t require the addition of synthetic surfactants or preservatives. Castile soap is also naturally anti-bacertial.

Detergents, on the other hand, only began being used in personal care products a few decades ago because their raw ingredients are less costly. Detergents are synthetic blends of surfactants (chemicals to make detergents sudsy), emulsifiers (chemicals to keep the ingredients evenly blended), and preservatives to keep them safe; they are often packaged like soaps and labeled as “soft soap.”

When you’re away from home or traveling, your choices in a public restroom are often between either an antibacterial soap with triclosan or a liquid detergent containing scent and dyes. It might seem that these are OK to use “just once,” but it’s about the total toxic load.

Carry some castile soap made with organic ingredients with you in your purse or diaper bag so you won’t be tempted to choose the lesser of two evils ‘just this once.”

HOW TO FIND A HEALTHY PRODUCT

- Read the ingredients. If there are too many ingredients, they are too complicated to understand or not listed at all, choose another product.

- Look for companies you can trust. Both Dr. Bronner’s and Earth Mama Angel Baby, for example, are industry leaders because of their ethical practices and zero toxin products. They both offer Castile Soap.

- Don’t buy a product on an impulse, but enter it first in the Skin Deep Database to get its toxicity rating. The US government does not require health studies or pre-market testing of the nearly 100,000 chemicals registered for use in the US, so the Environmental Working Group (EWG) has created the worlds largest cosmetics database of more than 74,000 products. Download the Skin Deep® app so you can check the toxicity of a product right there in the store. 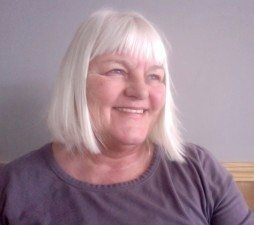 About Peggy O’Mara: Peggy O’Mara is the CEO of peggyomara.com. She founded Mothering.com in 1995 and was its editor-in chief until 2012. She was the editor and publisher of Mothering Magazine from 1980 to 2011. The author of Having a Baby Naturally; Natural Family Living; The Way Back Home; and A Quiet Place, Peggy has conducted workshops at Omega Institute, Esalen, La Leche League, and Bioneers. She is the mother of four and grandmother of two.