Unusual Flu Remedies Across the Globe

What does pickled plum, onions, garlic, honey, fritillaria bulb and Asian pear all have in common? They’re some of the many unusual ingredients used in homemade remedies across the globe to help naturally ease flu symptoms. 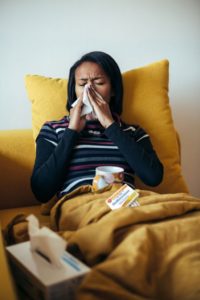 Oscillo has been used in France for decades to help relieve flu-like symptoms such as body aches, headache, fever, chills and fatigue.

In Japan, drinking umeboshi tea is said to help ease fever associated with the flu. Umeboshi is a green tea served over a crushed Japanese pickled plum. The plum is alkaline-rich and is a good source of iron and potassium.

In warmer climates like the Dominican Republic, chopped onion and garlic, which are high in antioxidants, are mixed with honey to form a paste. It’s traditionally taken with fresh-squeezed lime before bedtime.

A healing fritillaria bulb (Chuan bei mu) and Asian pear is commonly used in China. The center of the pear is scooped out to form a bowl. Honey and the fritillaria extract, a plant grown in the mountains of Nepal and China, is combined to create a paste which is then poured into the pear. This mixture is steamed for 45 minutes to create a warm elixir to soothe the throat.

In France, a homeopathic approach is taken in the form of the unusually named Oscillococcinum. Oscillo helps reduce the duration and severity of flu symptoms such as body aches, headache, fever, chills and fatigue.*

To learn more about how other cultures around the world treat their flu symptoms, click here to listen to The Flu You Never Knew, Part Two of the “Tackling the Flu, Naturally” podcast series.

* These “Uses” have not been evaluated by the Food and Drug Administration. Thermometers 101: Choosing the Right One for Your Family