Chase Election Stress Away with Homeopathy

Election Day can be an anxious time for many people regardless of their political affiliation. Emotions ride high during this time and can leave us exhausted when it’s over.

In fact, many Americans are burned out by politics. Every year the American Psychological Association conducts a survey to study stress across America. Findings were published just last week and not at all surprising. Sixty-two percent of Americans reported that the current political climate is a significant source of concern and a whopping 69 percent said that the future of the nation causes them stress. 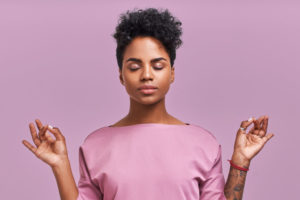 Between pervasive social media and relentless, often negative TV ads, it’s easy to be affected around voting time. Common emotional and physical symptoms of stress to look out for include:

If election drama or the long lines got to you, a few key homeopathic medicines can help you feel calmer.

For an all-around stress reliever, try non-drowsy, non-habit forming Sedalia. This medicine features a blend of homeopathic medicines that will relieve an array of symptoms like nervousness, fatigue, digestive upset, and irritability.*

If political in-fighting is making you tense, Gelsemium sempervirens 30C can help. It relieves apprehension with a headache.*

Whether you’re worried or excited after the results, you may find it difficult to fall asleep. Coffea Cruda 30C is recommended for sleeplessness with mental hyperactivity.*

For more information on homeopathic medicines that address occasional stress, sleeplessness, and other conditions, try the Boiron Homeopathic Medicine Finder. This free app can help you select the right medicine in three clicks or less! Weather the Storm: Homeopathic Medicines to Cope with the Stress